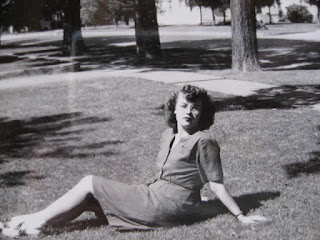 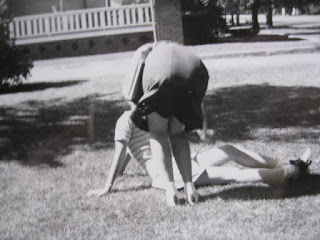 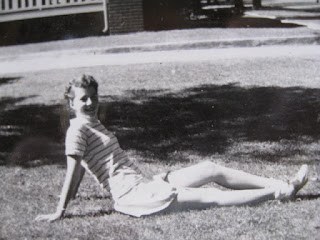 The top picture is of my dear Marcheta, my second cousin who was more like a sister. She had everything I lacked: Looks. A Figure. She attracted Males. The thing we both had was a sense of humor and a lot of fun times.
In the first picture, she was doing a glamour shot, like Hollywood. In the second, which I took as a joke and not a mean thing to do, she is helping my friend Jo fix her arms and legs just right! The last one is JoAnn doing her thing for a beauty shot and a great memory.

I declined to pose.   This was 1947. Jo and I were sixteen and Marcheta was seventeen.