It may seem odd to think about ice storms now but we have some limbs that need to be trimmed. Last spring we had a wind storm that dropped some large limbs that in turn dropped a section of fence. That tree is still there. We need to get it trimmed so that doesn't happen again. Lee would prefer it just be taken out completely. We have already lost three trees in our back yard since we've lived here the last eleven years.

One was interfering with the electrical lines and the power and light company removed it. Then one was so close to the house that it was worrisome. We had that one removed. Then ice got the pretty V shaped tree that had both pink and white blooms on it in the spring. I hated to see that one chopped and removed. However, a bunch of tall sprigs are coming up from the base. Maybe we'll have flowers again next spring. 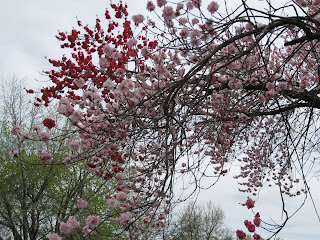 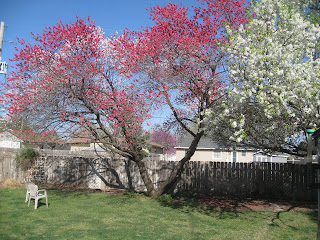