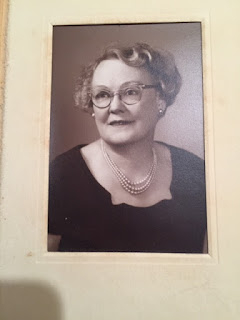 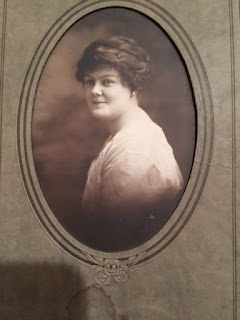 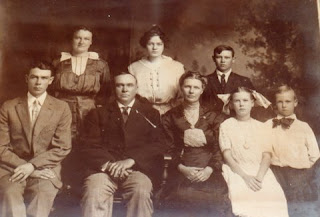 Again, my talent at posting pictures in the right sequence is nil. In fact,  can't find some that I downloaded to include.

Anyway, this is my aunt Iva from maturity to youth in a family portrait. She is in the center in the back row. She lived in California leaving the small town of Halstead, KS, to live out there before I ever came on the scene. I loved to have her come and visit. We finally made it out there in 1949 and I just thought California smelled wonderful! (My mom is the girl with the big bow in her hair.) 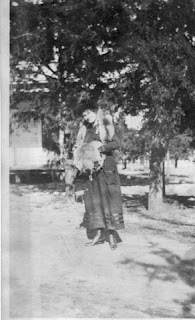 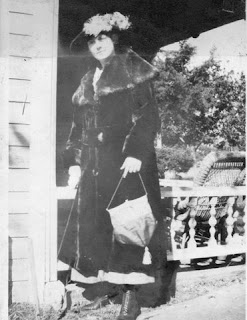 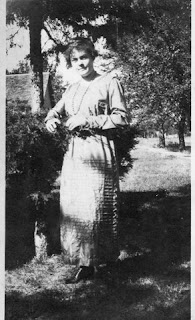 Her husband was English. On our one and only visit my mom made the mistake of washing his tea pot. Oh my gosh! Maybe that's why we never went back. She told me once that she had a chance to invest in a new company that was to have fast hamburgers and would be called Big Boy. She declined not sure they would be a "good thing." They were a success and she said she could have been really rich if she had taken the offer! 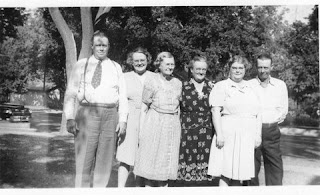 I had to add this to compare with the early family photo above. Grandma with five of her six kids. Uncle Claude, Aunt Iva, Grandma, Pearl, Selma and Harlan. Only Lloyd had passed at the early age of fifty something. He was on the left front row in the early photo.
Posted by marlu at 6:36 AM