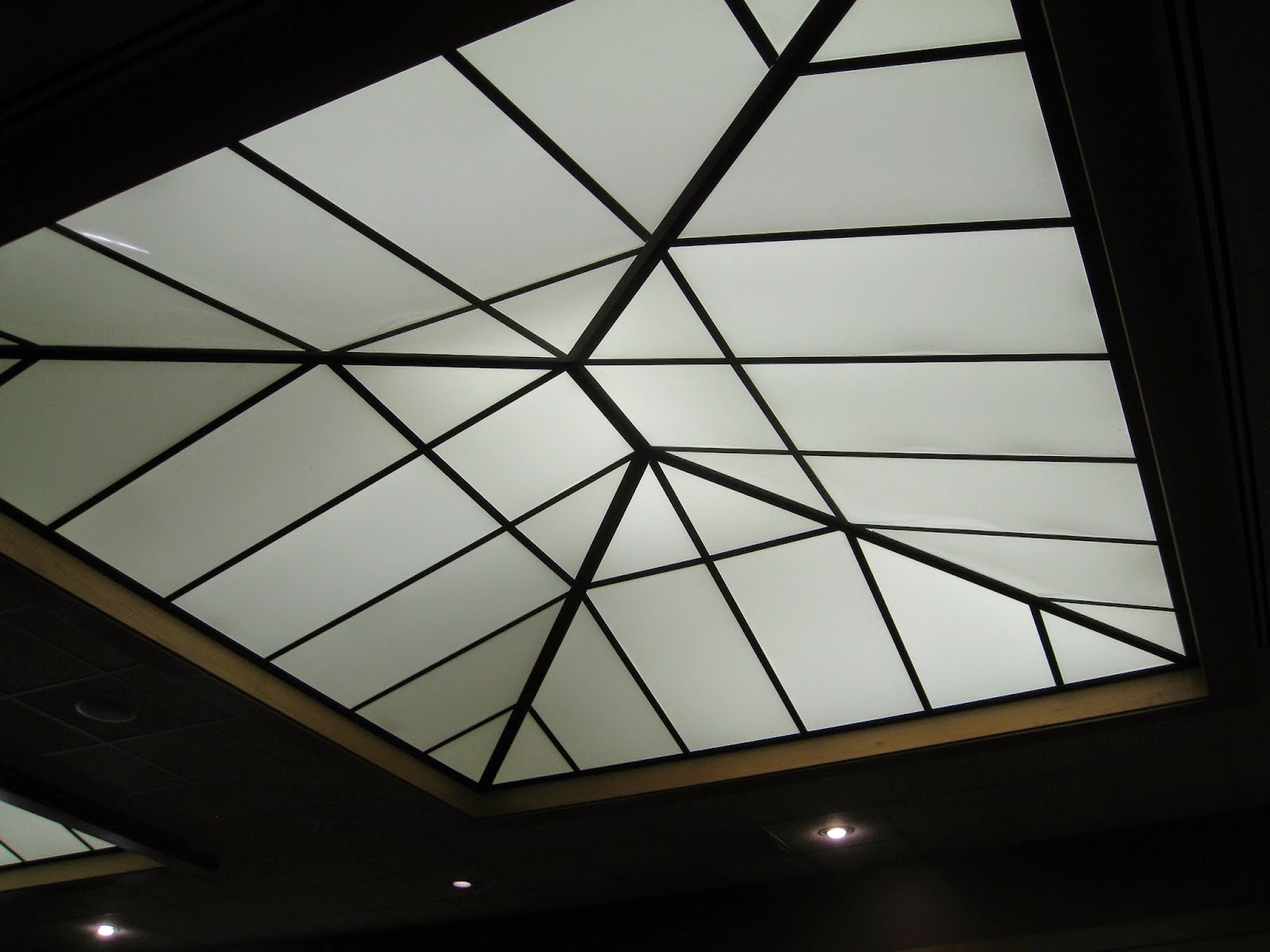 Yesterday was a road trip. In more ways than one. We spent from three o'clock to five in a large room with about fifty others waiting to see an army of specialists. This was one of three sky lights in the waiting room.
By the time we left at six, the room was empty. I can hardly imagine the dedication it takes to be a physician - long hours, all kinds of patients (we saw one wearing Hoss's hat  and Will Geer's mustache, both plenty soiled from the trail.) Then there are the many regulations that are designed for our safety. We are thankful that some can do it!
The ride over was eventful with someone telling me I was straddling the white line which is  on the right side of the right lane. All other travelers were passing us because we were using cruise control at a low speed. Old cars are not to be trusted at high speeds. This was the first trip we had made over fifteen miles in several years. It may be the last for quite some time.
On the way back, the sun was so low the sun visor was no help so I used my left hand. L's eyes were dilated so he couldn't see anything well. I told him just to shut his eyes but I don't believe  he did.