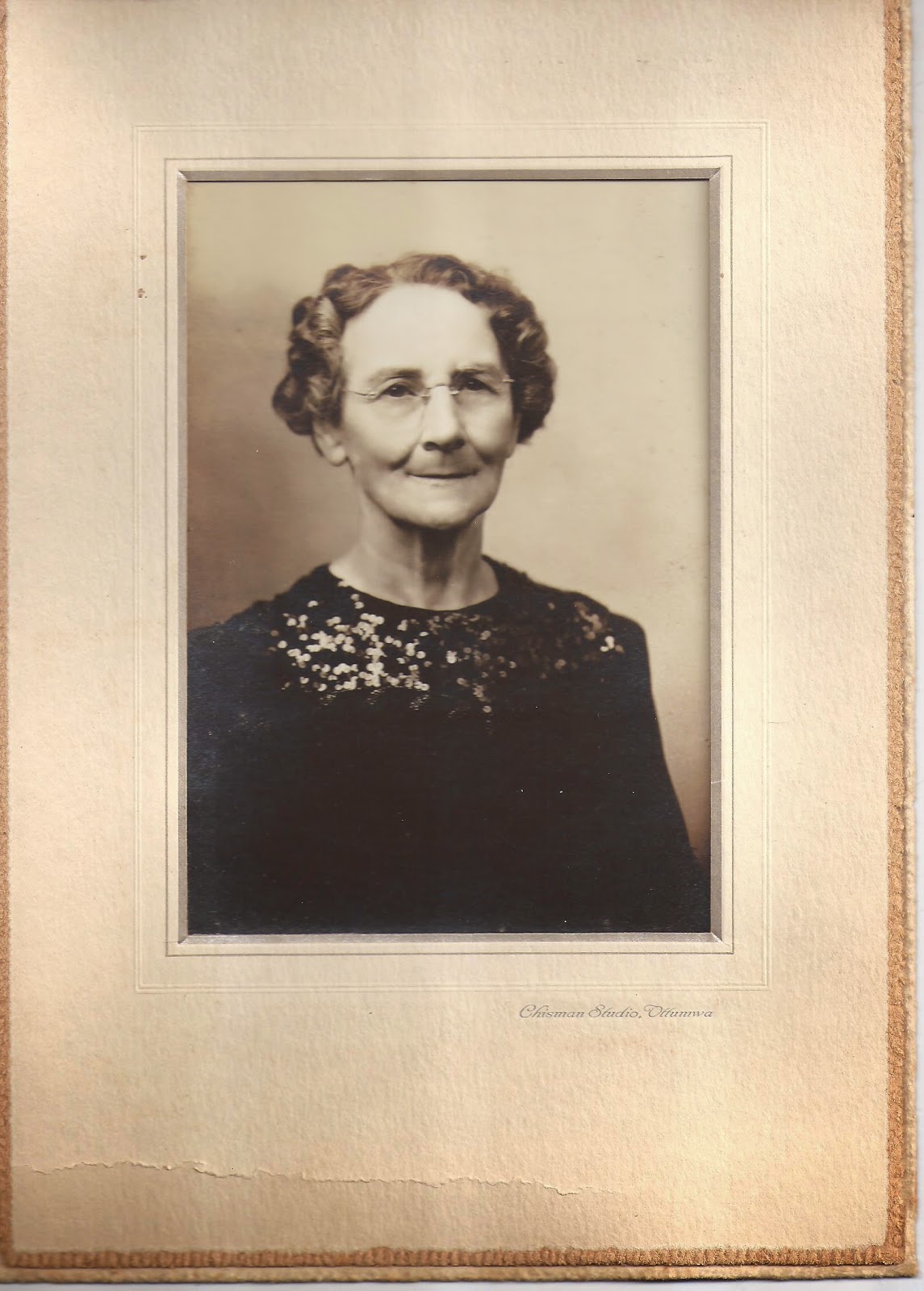 This is my Great Aunt Maude, my grandmother's sister. She lived on a farm in Iowa with electricity
provided by a "wind charger." Yes, in the 1930's there was wind power. She was married to Uncle P.J. who had lost three quarters of his left arm in an automobile accident. I was fascinated that he could carry a full pail of milk on his stub, as he called it. Aunt Maude was a terrific cook and we had many good meals there.

She looks stern in this photo but she was very kind and had a good sense of humor.
Posted by marlu at 3:25 PM