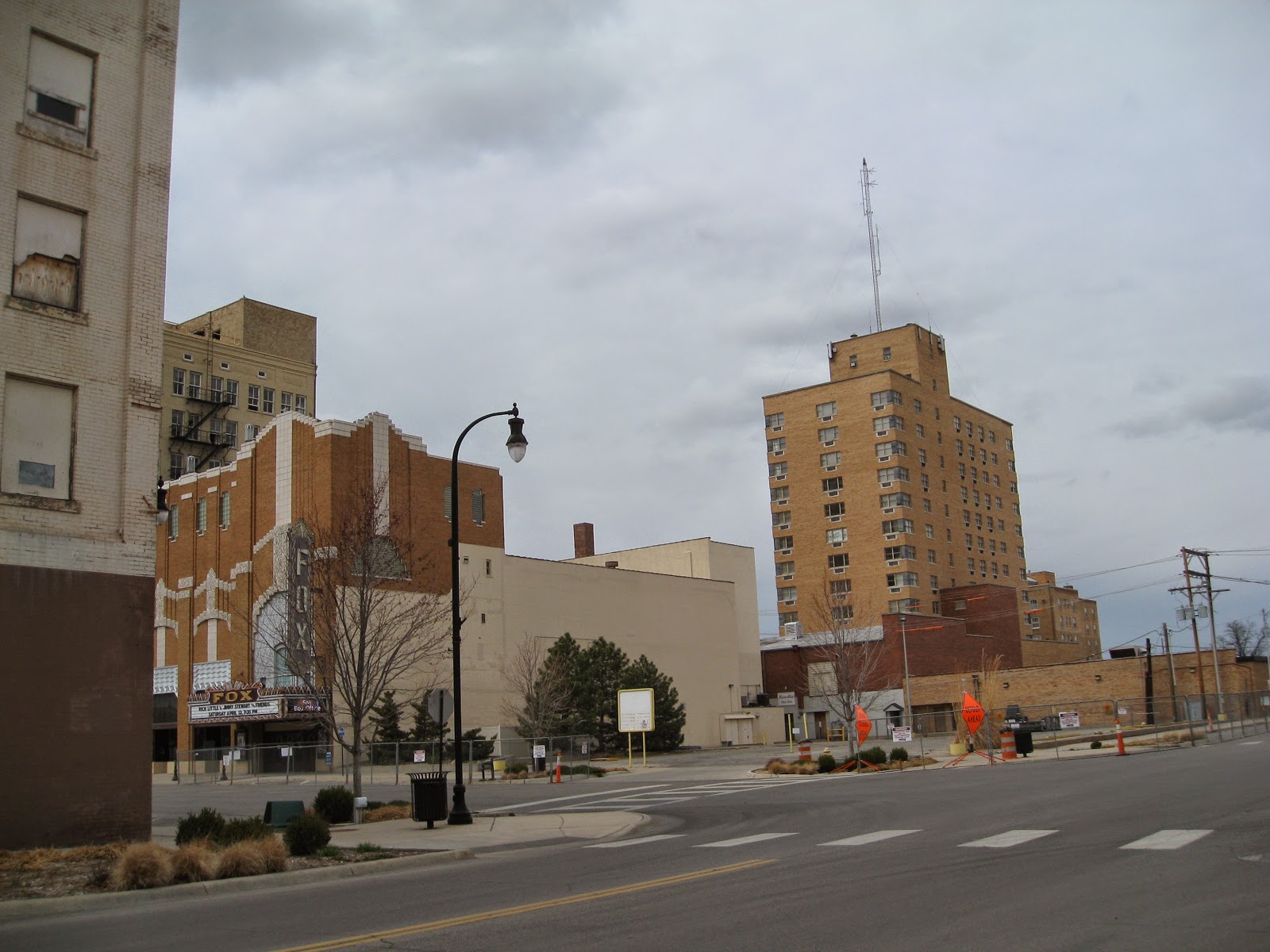 Here is the corner of First and Walnut Streets where the newspaper states that demolition in the lot
will begin Monday for the new parking garage.
My question: What will they demolish since there is nothing there. Maybe the cement
will be removed to dig a foundation.
The tall tan building at right center is the former Baker Hotel, now known as The Towers.
William Holden and others
had rooms there during the filming of "Picnic." There were rumors of him leaning out of
a window but no proof was produced. Not everybody had a camera with them in 1952.
The other tan building above the famous Fox Theater is the Rorabaugh-Wiley building as it
was formerly known. It is being refurbished for apartments. A person out of state owned it
for many years after buying it for under $50,000! Let's just say he made quite a profit when
he sold it back to local persons.
The Fox was restored several years ago and is now on the National Registry of Historic places.
Built in 1931 it was a grand palace as so many of the old theaters were. All the old
chandeliers and lights are in place. They were even able to replace the carpet with the
same pattern used in '31.
And for the building on the left, it looks as though it could use a little help in the window department.
Posted by marlu at 2:04 PM