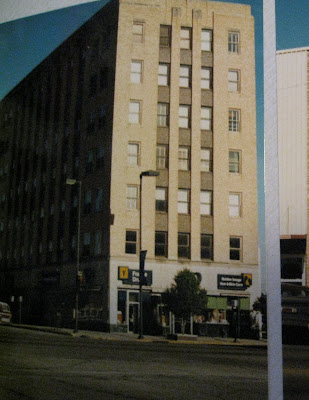 This seven story office building was proposed as 14 floors in 1931 but the Great Depression delayed its construction until 1936.
Another fine building torn down in 1985. It was removed to make way for a park. The park is nice but this building was the first air conditioned office building west of the Mississippi (I've heard this - it may not be a fact.)
Sorry about the blurry second picture. I was emotional about it being reduced to ruble.

On my desk I have small piece of marble that was from the lobby. One of the destruction workers let me have it. The photos don't show the actual color of the stone - it has more of a pink color than depicted here.

Some people worked hard to  save Convention Hall - now known as Memorial Hall, but we lost the Bisonte Hotel. Maybe we have passed that era of tearing down and we can preserve our older buildings. There is a story that the old Stamey Hotel, now known as the Landmark,  may get a make-over. Let's hope. 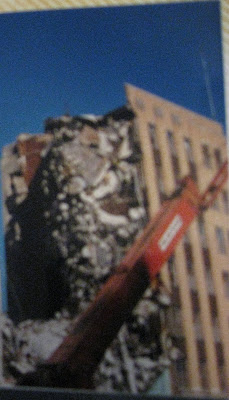 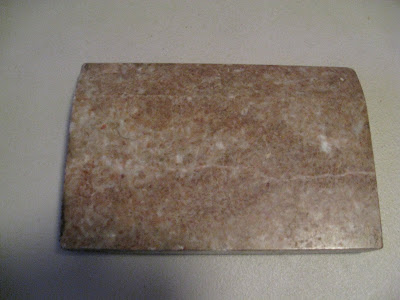