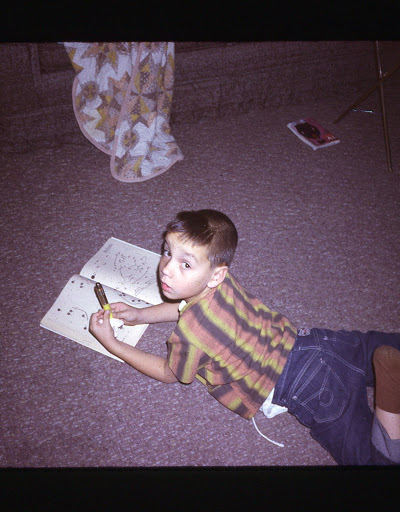 This is our younger son, PN, the other victim of the home haircuts. He is working at connecting dots which must be what led him to working with computers. He has taught me all I know about the  internet (I have absorbed just a little!) and with his technology he enlarged the TV Guide in the background. I hadn't even noticed that there was a magazine there. It is dated December, 1968. PN would have been seven.
The cover photo looks like Diahann Carroll but I can't be sure.
Ain't technology grand? From a Kodak slide in 1968, it's possible to copy a tiny bunch of pixels and put them on the www with just the typing skills I learned in 1947. (And the computer know-how from PN.